The Digital Acceleration of Design 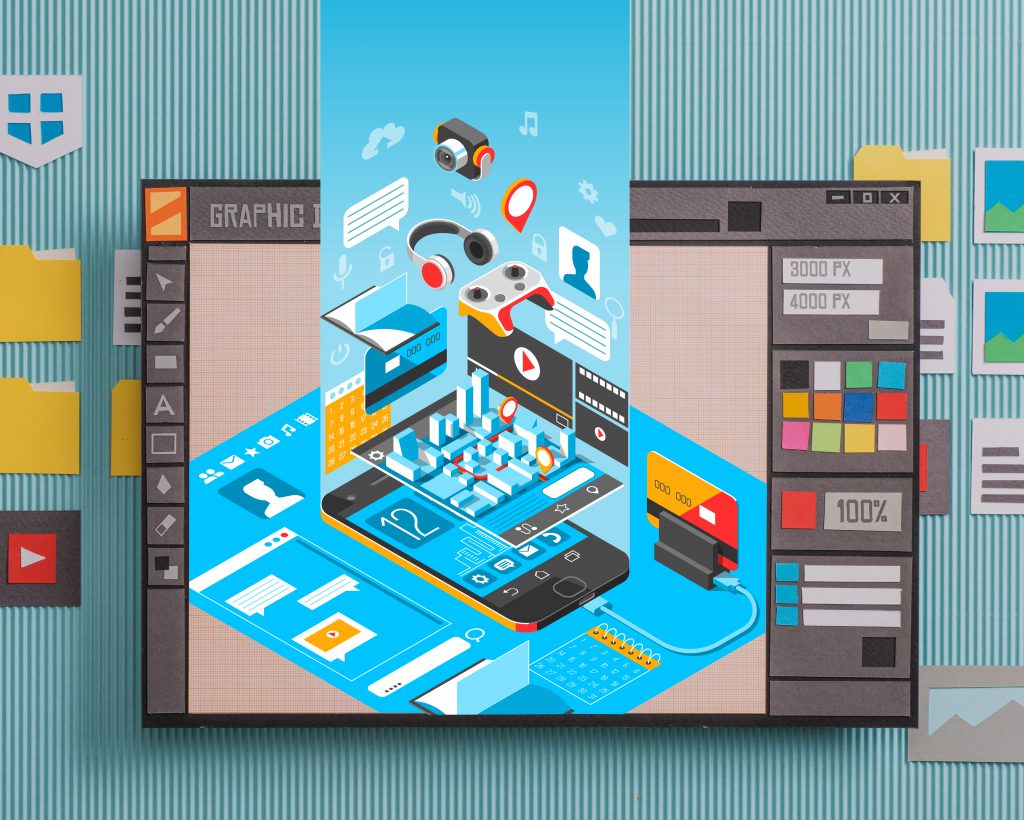 Marketers are intimately aware that their audience is increasingly of a visual, on-demand nature. Video, mobile, and experiential marketing are all on the rise, for many of the same reasons – the emergence of social media, personal live broadcast platforms, video streaming, and mobile games mean that entertainment is more accessible and available than ever before. As companies compete to increase their audience and create lucrative side ventures, so have the ad platforms that monetize them become more aggressive.

The end result is that the average person is saturated in all sorts of visual noise throughout their day, and as a consumer, trained to digest, filter, and discard visual information quickly. This has placed a premium on distinct brand and visual identity. The more coherent and creative an identity is, the more a company will stand out. But post-Instagram, post-web, everyone is a designer. A host of filters, apps, and web-to-code applications make it easy for anyone to show off well-balanced photos, polished typography, and simple but appealing websites.

For designers, the pressure is on. The prominence of visuals in the ever-accelerating web and mobile landscapes mean that designers must do more to stand out, and make a name for themselves. It means that as their work becomes industry necessity, it is more easily taken for granted, more easily re-posted and ripped off, and in the true nature of social media, becomes more susceptible to the disproportional promotion of influencers or celebrities. The deluge of start-ups and tech companies have also changed design as an industry, placing an increasing demand on designers for hybridity in both design and development. The rise of mobile, responsive design has feted simpler, minimally colored logomarks and wordmarks that display well on screens.

But in contrast – print has become even more coveted and prized, with almost a luxe reputation, and designers delight in playing between the perceived tensions between their web presences, the interactivity of video or motion graphics, and their analog, real life experiences in their day-to-day. Social media means that designers can reach a larger audience and fuel their own work opportunities, and also have free network of peers and mentors available to them, right at their fingertips. And now, the audience can talk back: designers can hear feedback about their work and campaigns directly from the people it was intended for.

The influx of digital experiences and new emphasis on visuals highlights the practical tensions and contradictions in design, and make it clear that design is ubiquitous. Designers commanding a large virtual audience will are asked for merch or to speaking engagements, and typography giants are featured in published tomes produced by the likes of Gestalten and Phaidon, anchoring otherwise digital productions in physical form. Seamless brand systems require that the sensationalism of their visuals not supersede or be mutually exclusive from their core concepts and messaging, so that customers can engage and interact with the brand. The tech industry’s need for convenience and simplification produces branding that lies on two ends of the spectrum: sophisticated, with hypercondensed symbolism, or completely staid, using the color scheme, font, and iconography of ten other start-up brands before it.

The digital and the analog are interdependent, and visuals lose potency when created devoid of meaning and symbolism. Design styles and aesthetic rely upon a chain of associations between perceived value, presentation, color, and texture, to evoke a specific reaction based upon the cultural and social context of the intended audience. In that sense, even as the potential of 3D, motion, and interactive design is explored, at its core design remains tied to the visceral, individual experience.