Making the Case for (Re)Branding 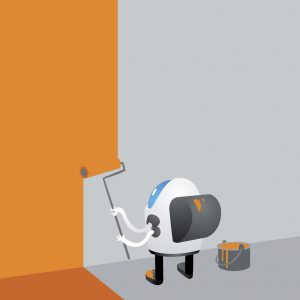 Brand strategy is one of the cornerstones for successful marketing as it clearly defines a business’ voice, personality, and visual identity. Branding, particularly the logo, is a visual shorthand for the what the company represents and does for its customers. It is primarily a communication tool that sets the tone and feel for future communication. Some companies are formed without proper branding in place and often miss the benefits that come with a clear brand identity. Marketing without a brand strategy is similar to driving without a map: you can go the distance, but you may not be traveling in the direction you intended. Many successful companies, like Uber, Subway, and Instagram, have recently rebranded to a variety of reactions.

When is the appropriate time for a rebrand? A rebrand may be necessary when the company’s value proposition isn’t easily communicated and essential characteristics are overlooked. New logos, colors, taglines, and especially renames can confuse, but a well-planned rebrand can reinforce your company’s mission with revitalized visual elements and a stronger voice. More than anything else, rebrands draw publicity to a company and brings new life that can attract younger potential users.

The Sonoma International Film Festival rebranded in 2013 by updating their logo, messaging and positioning. Prior to the rebrand, SIFF didn’t have a concrete visual identity except for Tipsy, a de facto mascot who received mixed reviews from the community. A brand color scheme was also introduced- green for the beautiful Sonoma countryside and purple for the rich wine & local vineyards. A new tagline was also introduced: Welcoming. Entertaining. Inspiring. The new graphic elements provided a public face for the festival and further solidified their brand identity for future festivals, marking SIFF as a welcoming destination for world class cinema, intimate hospitality and local wine.

Keep in mind that rebrands don’t always hit the target. Unsuccessful rebrands, like Gap’s, can dismay loyal fans. In their minds, random or forced rebrands associate the company with inauthenticity and unoriginality. In the Gap case, many criticized how Gap’s minimalistic rebranding was a cheap take off other tech giants, like Facebook or Google. A half-baked logo redesign does not constitute a complete rebrand. This frustrates users because it sets conflicting tones for future communication.

Regardless of the initial shock to regular customers, rebranding is a big step to furthering your corporate culture and public persona. These changes are necessary for the growth and development of a business.